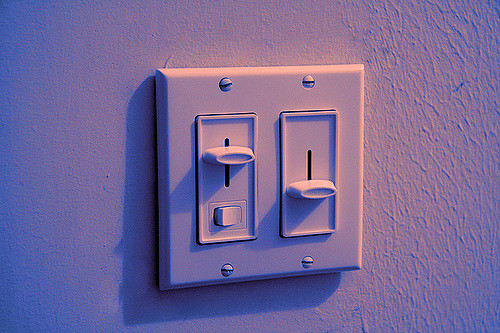 After talking about hype-building recently, I got some pretty solid questions about how to handle project development without creating huge expectations around the thing. I received a good comment about this, actually:

“I’m curious do you feel that a project should use hype as a momentum boost for its initial release or remain relatively underground until its foundation is solidly built? I’m always conflicted on what marketing approach is best for the early game.”

Firstly full disclosure – my business is selling depth, not reach. So my response will be biased towards what works for my projects and what I do in my own work. Same stuff you might notice in this very list, actually. And it works.

Which is simply another way of saying: depth is better than reach.

So, let’s go forth with the correct, depth-based approach, shall we? (come at me, reach-bros!)

I mentioned this before: I go as far as reigning in people who are overly excited about a deal or a product. I hate overflowing enthusiasm, I think it’s bad for business and swings into horrific low points. Of course, people who are naturally supposed to be enthusiastic are excepted from this.

It’ll make sense in a moment.

You know how you can turn the light up or down with these switches to your personal level of comfort? Yup, those switches. I think awareness and engagement around a project are the same thing.

Every project has its own comfort level on the dimmer switch. For simplicity, let’s say it’s between 1 and 10.

If you’re in funeral services, your audience is around 0. They DO NOT seek to be enthusiastic or excited. If you’re organizing birthdays for children, you’re hovering around 10. Kids wanna be excited.

IT products that we all sell are very rarely higher than 6 or lower than 4. Especially SaaS and Blockchain, these are almost always B2B products.

Businessfolks will not want to run laps around your logistics platform. It’s not their friggin’ wedding.

This is why I always laugh when platforms that should be matter-of-factly talking to their audience with a no-bullshit attitude are trying to do weird community contests. They offer stuff for bounties and try to spread “awareness” that way.

It’s not a natural state for them, nowhere near their comfort level. The light is too damn bright and their gorram heads hurt.

No sane person is gonna draw the mascot of your financial service and show it to 20 friends in exchange for your tokens.

And if some insane person will – even if there is your potential customer among these 20 friends, they’ll laugh it off and never take you seriously. They’re not mentally at 10 about your product. They will never be. Your target audience is a 5, deal with it.

Speak to that engagement level of 5, in their own language.

Don’t be a clown at a funeral.

(Unless being a funeral clown is your whole business model. But that’s a separate story)

Now, on average you hover around 5. The trick in creating engagement for project launch is in going just slightly above and beyond the natural level of your audience from time to time.

Playing with the switch just a little bit without annoying them, but subconsciously getting noticed in the sea of competitors.

There’s an art to this. I teach it. I kinda want to make a course about this in the following months. In the meantime – figure out where your dimmer switch should be and have fun with this perspective.