If Socrates Was Pitching Your IT Products To Prospects… 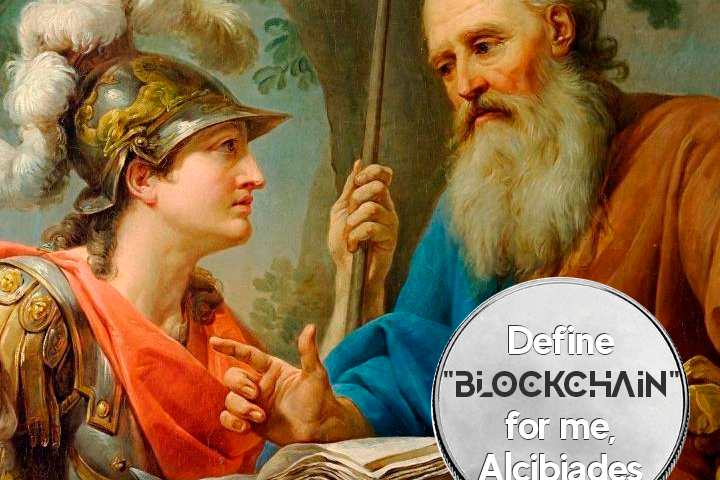 Does this fella even need an introduction?

Dude was a badass, never personally recorded a single word yet we keep talking about him to this day. I don’t think there is another person in history who ever affected public discourse and thinking more than he did.

Anyway, I’m not here for fanboying about ancient history, go read up on this if need be.

Socrates had a particular method of communicating that’s gonna be super useful for entrepreneurs, marketers and writers today in explaining difficult stuff. If you are having trouble talking with your prospects about about things like like “Blockchain”, “SaaS”, “devOps” then he is your man. Yes, despite the fact he had no idea what any of this stuff even was.

The dude was big on definitions, you see. There is this quote that may or may not have come out of his wise mug:

“the beginning of wisdom is the definition of terms“

No idea if this is misattributed, but the sentiment is accurate nonetheless: he would always make sure everyone’s on the same page, and was masterful at it.

All Socrates would do is ask questions and suggest answers, and it all suddenly made sense. People’s minds were blown at the end by some revelation or another. And when they weren’t, we the readers would still be on the site of Socrates because of this one trick he used.

See, his dialogues were all about defining stuff during the conversation with the other person. That’s the key. The dialogue partner (or debate adversary) would always play a big role in the conversation, even if they ended up looking like an idiot and got schooled.

Now, you can’t make your writing and content as interactive as a dialogue. But you can take the general spirit of Socrates and apply it in your communication.

Explore with your audience. Take them on a journey, one thing flowing into the next one. If you’re using big words – make sure that they know them 100% of the time, or make sure that exploring the definitions behind these words is an important part of said journey.

The takeaway? Don’t talk at them, define concepts with them.

So simple, yet so few people actually embody this principle. Most are too stuck up their own product or service to look outside and see the person on the other end of the screen. Don’t be that marketing guy who praises the product to high heaven only to bring in a bunch of clueless customers who have no damn idea what they bought into. You’ll regret this when the support/QA bill rolls in.

So, that’s the first lesson in explaining complex stuff. I decided to start from the ground up and move to more complex stuff in later lessons.

In the meantime, hit me up if you don’t have time to do the heavy lifting on this stuff yourself. I still recommend you do, but ain’t judging. I am philosophical about this.