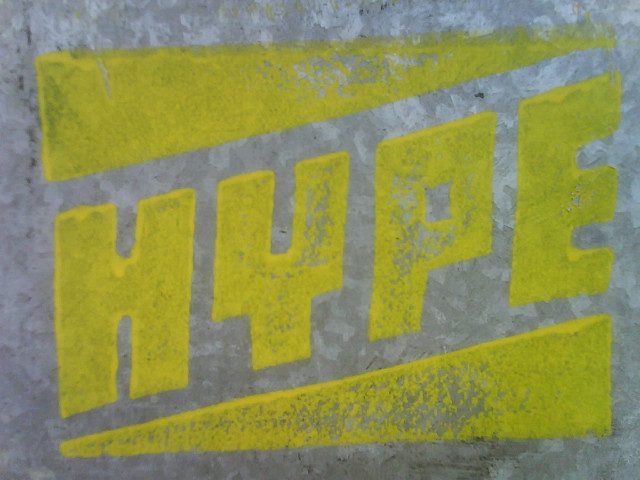 So lets talk about something most storytellers and marketing experts are trying to build:

… I have an odd relationship with it.

My career only really started to kick off when my negotiations became less of a neurotic mess. Yes, writing is also a negotiation. I clearly remember getting overly excited, having huge expectations for particular projects. In hindsight, they were all disasters and the emotions never lasted.

All these deals had one thing in common.

They called for an impulsive decision in the moment and always were long-term, real commitments where my decisions had to be made on the spot. Doubt inevitably kicked in later.

And this is not only my experience as well. There are people I look forward to talking to or working with on a daily basis. Both people who sell me services and my own clients. None of these people ever built up hype around any project or offer that they had. So there is never any doubt, either.

On the contrary, they encourage me to make a weighed decision that make sense with their straightforward, no-bullshit behavior.

These days I actually go as far as trying to calm down people who are excited or emotional about particular projects. Not because I am an evil killjoy who hates passionate folk. I just see myself as more of a vizier, giving weighed advice that would work for my sultan in ANY mindset.

We all return to the neutral base sooner or later (some of us have naturally higher positivity, some naturally lower).

My goal is to always question people who get too negative or too positive about a deal. Both because I am a devil’s advocate douchebag, and because I want a lasting relationship and not a fickle one.

And that takes some counter-intuitive tactics.

For example, when someone goes “Yes! Lets sign this thing right now!” – I have them wait until tomorrow and do all formalities later.

And when someone says “I am not sure about this, that, and the other...”, I get them out of their head with an engaging story and then ask them about their real concern.

But all this stuff is trial and error and subject for a separate book or individual work. The takeaway so far: focus on building a relationship and not building up hype. You’ll thank me later, even if it does feel less fun.